All Messed Up: G.M. Palmer on Matthew Dickman 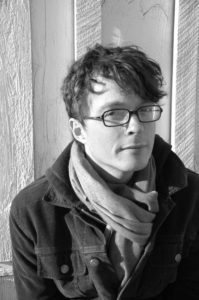 Shot full of suicides, clichés, and sex, Matthew Dickman’s Mayakovsky’s Revolver is a collection of poems not unlike A Confederacy of Dunces—a mediocre work made important by personal tragedy.  In Dickman’s case, as evidenced by the back cover, the suicide of his older brother. While there is no reason to wish Mr. Dickman or his family anything but sympathies regarding their loss, one does not get a pass for poor literature because of tragic circumstances surrounding its creation.

The collection opens with the proem “In Heaven” where Dickman tells us “all the sweetness is gone.”  The poem would be a distillation of the entire book, with its bleak images (dogs “punched in the face”), f-bombs (“because Motherfucker and because Fuck Off”), people with a death-wish (“young mothers smoking cigarettes”) and Updike-like tawdry sex (“cheap high heels left in the rain”), were it not for the fact that Dickman’s “Heaven” has none of these. Indeed, the list we get is of things that are missing. Unfortunately Dickman pines not for what his “Heaven” is but for these missing examples of “sweetness”—smoking mothers and face-punched dogs—and it is their bleak images that remain upon the pages.

Section one, “Dear Space” is by far the weakest and worst section of Mayakovsky’s Revolver. Perhaps this is some meta-construction wherein the mind of the overarching narrator is illustrated by the shoddy poetics that get steadily better—but never good—as the book continues. If so, delightful, but that doesn’t mean anyone is going to force himself through 25 pages of “Space” in order to discover only a lukewarm reward in the final 50 pages. It opens with “Akhmatova,” a Russian writer who, unlike nearly everyone else name-checked in the book did not kill herself, but it nevertheless remains a referential shorthand for “I’m an educated, literary type because I love Anna.” The poem itself doesn’t rise to the reputation of Anna Akhmatova, attempting instead to pass off memories of beaches and stock-character cruel nuns as something other than cliché. The next poem, “Bridge,” mistakes It’s A Wonderful Life for a movie from the 1950s while managing to allude to both “Aqualung” and Twilight, preserving the social integrity of the former and the syntactical complexity of the latter.

The mess of conglomerated pop culture runs through “Fire” and “Weird Science” until “Dear Space,” where the references to The Donna Reed Show, The Marx Brothers, and YouTube either finally make sense or simply make less nonsense than their previous counterparts. The section increases in quality with “Gas Station” but

the collection collapses again with the terrible “My Father in Russia” wherein our narrator imagines his father online:

a beautiful bride, a blonde
with lips full of collagen and breasts
that lift up into the heavy gravity of earth,
I’ve seen him at night
when I’ve been lonely
. . .
I want him and tie him up
with the silk stockings I sent
as promise of another life

“The Summer’s Over, Jack Spicer!” manages to restore some beauty (while name-checking another tragically dead poet) but, like the false heaven of the proem, only leads us “into a Paris that doesn’t exist.” “Halcion” and “Blue Sky” close out the first half of “Dear Space” with limp imitations of suicide.

This is followed by “Notes Passed to My Brother On the Occasion of His Funeral,” a long poem in several sections that is never as meaningful as the title is cute. Nevertheless, it has some of the first high spots of the entire collection. Number 2, “Coffee,” is a lovely paean to the drink while being an homage to the narrator’s dead brother.

Once, I had a brother
who used to sit and drink his coffee black, smoke
his cigarettes and be quiet for a moment
before his brain turned its armadas against him, wanting to burn down
his cities and villages, before grief
became his capital with its one loyal flag and his face,
perhaps only his beautiful left eye,
shimmering on the surface of his Americano
like a dark star.

The remaining poems in “Notes Passed. . .” are not bad—and if pockmarked by unfortunate Fifty Shades of Grey-esque sexuality like “hot nipple-action” then a reader who has endured “Dear Space” is willing to forgive such lesser errors.  The remaining highlights of the section not marred by a desire to be the poetic Bret Easton Ellis, circa 1990, are few. In Number 9, “The Bomb,” we “kick the body just to see how it feels, to see if a sound comes out.” Perhaps this, again, is symbolic of all Dickman is attempting with this collection—kicking the body to see what poems come out. The result is often as grotesque as the notion, but does produce a few gems, like Number 13, “Anything You Want”:

My living brother
is treating us to dinner. . .
Anything you want
he says. His voice warm. . .
The other one,
my dead brother, is sitting
in the dark of the graveyard. . .
picking at a scab on his wrist.
He looks up, opens his arms
wide above the grass. Anything you want, he says. His body beginning
to wash out, his voice slowly crawling back.

Part Two is titled “Elegy to a Goldfish.” Not to be outdone by the poor taste of trivializing the elegiac nature of Mayakovsky’s Revolver and his dead brother, Dickman opens the section with “Ghost Story,” a poem whose pedophile punchline about “sexy kids” is perhaps its most endearing part. Beginning with “Cloud,” the book begins its descent into nostalgic madness, with references to more suicides (“Morning with Pavese”) the murdered, impossibly important goldfish of the titular “Elegy” (“in every country / countless deaths, but none as important / as yours”), and the “growing up too fast” trope of “In Claverack,” where a young girl’s “suffering is yet to be invented.” The rest of the section is an equally unremarkable claptrap of pop culture and personal angst.

Part Two of “Elegy to a Goldfish” is the long poem “On Earth.” It’s nice and prosaic in parts:

I wanted to be in love
with someone, drinking orange sodas on our backs
with the sky unbuttoning our jeans
and pulling off our shirts

The poem smacks of shoddy workmanship, like Dickman’s final image of survival

built out of luck and treatment centers
or slow like a planet being born, before
there was anyone to survive,
the gases of the big bang just settling, or it’s built
like a skyscraper, by hand, some workmen
falling, and some safe on the scaffold, up above the earth,
unwrapping the sandwiches they have been waiting all day to eat.

That image, perhaps, is Dickman’s purpose in creating Mayakovsky’s Revolver. We struggle through a mess, sometimes exploding, sometimes falling, in order to make a return to normalcy. The epic cycle writ through poor poems. While the concept isn’t bad, the execution is. Mayakovsky’s Revolver ultimately reads like a book of therapy, not poetry.

G.M. Palmer writes, preaches, teaches, and wrangles children on an urban farm in Northeast Florida. A founding editor of Strong Verse Poetry Magazine, his poems and reviews can be found in Anti-, Roger, Ezra, The Loch Raven Review, Florida English, Chelsea, and elsewhere. His debut book is With Rough Gods. Previous reviews, criticism, cantankerousness, and theory can be found on his blog.
View all posts by G. M. Palmer →
Bookmark the permalink.