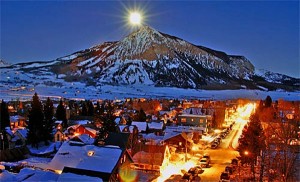 Last July, a distinguished group of poets who are also critics gathered at Western State College of Colorado, in Gunnison, for the Second Annual Symposium on Poetry Criticism. The Symposium is part of Writing the Rockies, a conference affiliated with Western’s Master of Fine Arts in Creative Writing. As was the case last year, the goal of the Symposium, which we jointly chair, is to pay the closest possible attention to poetry criticism in itself, to articulate and reconsider the principles on which we operate. Each speaker is given half an hour to present a paper and then, for the remainder of the hour, a lively discussion ensues involving the speaker, the symposium participants, and members of the public. Our goal is nothing less than the rejuvenation of vibrant, accessible poetry criticism crucial to the art that it treats and, we believe, to the world outside poetry as well.

This year eight papers were presented to an engaged and appreciative audience. The Contemporary Poetry Review is publishing a selection of  them in this special issue. Although conference participants were given broad categories in which to situate their essays (theoretical, practical, or focused on a particular poet), their choice of subject and scope was their own. As it happened, all the papers dealt in one way or another with the effects of a poem’s form on the reader and on the writer’s ability to convey certain kinds of experience or understanding. Put another way, all the papers recognized the salience of formal issues in the enterprise of decoding a poem.

The paper by David Yezzi deals with the structural similarities between poems and jokes. By probing these likenesses, Yezzi throws light on the oblique ways through which poets are able to reveal difficult truths. Joan Houlihan’s paper looks critically at the contemporary supposition that a poem in the first person must be telling the story of its author. What are the unrecognized assumptions of readers about the biographical “truth” of the poem they are reading?

No doubt because the world of poetry has recently gone through intense conflicts over the issue of form, two of the papers look at the ways poets have faced and accommodated themselves to that issue. Ernest Hilbert takes a very long view, examining the history of visual shape (of a poem on the page) as an adjunct or alternative to aural form over many centuries. Marilyn Taylor confines herself to the more recent past but listens with an alert ear to the compromises some writers have learned to make between metrical precision and conversational nonchalance. Jan Schreiber offers a close reading of four poems in an attempt to understand how sound and sense combine to lift readers out of ordinary experience and into a new world.

One virtue of the Colorado  Symposium is that it takes critics away from the consideration of individual books – the usual preoccupation of poets who serve as reviewers—and urges them to think in larger terms. The fruit of their efforts is here, and it is likely to prove stimulating and invigorating to everyone who shares an intense concern with poetry.

Once again we are deeply grateful to Mark Todd, the Director of the Western MFA, and to the administration at Western State, for supporting the Symposium. We are also grateful to Joan Houlihan and Garrick Davis at CPR for publishing these papers, which we hope at some point to collect into a book. Plans for the Third Annual Symposium, which will again take place in Gunnison over the final weekend of July 2012, are already in the making. We hope to see you there for an event that is drawing increasing attention from poets and readers of poetry nationwide. For further information, please regularly check www.formalversemfa.org.