Poetry chapbooks are a strange breed, poetry’s awkward teenager. They rarely enjoy the same distribution as commercially published collections, yet they are eagerly sought by devoted readers and serious collectors. They should be treated as a separate, though no less important, literary category unto themselves, much like novellas. One would imagine that composing a book of only thirty or so pages would be a stroll in the park compared to a full-length collection (typically coming in at sixty to around one hundred pages). However, such an abbreviated format demands that each poem be exceptional. A defining theme or simple narrative may allow a poet a greater degree of control and provide a sense of cohesiveness and purpose to the work. If the poet’s voice and use of language are strong enough, the result may enchant, but it is difficult to succeed in such limited space.

Reginald Gibbons’s Fern Texts explores sections of Samuel Coleridge’s journals, using the Romantic poet as a lens through which to examine his own life. This is an intriguing idea. Yet, as Mallarmé instructed, poems are made of words, not ideas. The abbreviated length of the book is at odds with the poet’s ambition. He fails to create a substantial portrait of himself or Coleridge. The first page quotes the Romantic poet, who laments that “my illustrations swallow up my thesis.” The poet adopts this phrase and applies it to his own work. This line and its repetition provide an anchor, a constant reminder of the book’s underlying theme. Unfortunately, the poems reveal no remarkable continuity between the lives of Reginald Gibbons and Samuel Taylor Coleridge. The relationship between the two poets is clearly important to Gibbons, but beyond paying homage, the reader wonders why this project, why Coleridge? Much of the book consists of Gibbons’s recollections of his early life, though his narrative, his and Coleridge’s entire lives, is too big and the detail provided is inadequate. 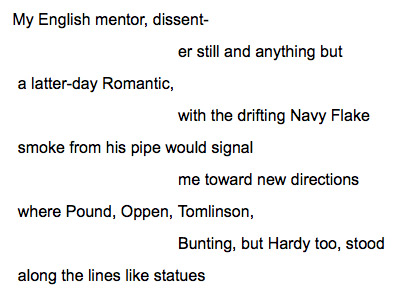 Characters make brief appearances and never return. There is little continuity. This story could be anyone’s, and the reader’s interest is not sustained. The construction of the poems seems haphazard, alternating between blocks of prose and long prosaic lines that break at the margins. Gibbons identifies his own quandary exactly but fails to solve it: 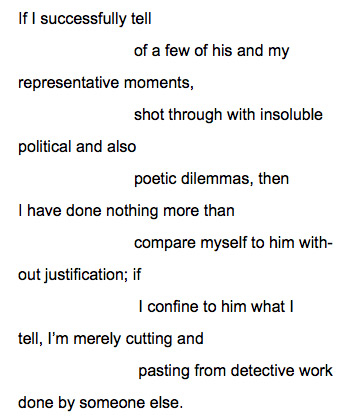 Still, Fern Texts has moments of greater focus that display Gibbons’s gifts. For instance, he recalls sharing a glass of brandy with a shepherd in Spain. The recollection is subtle and moving. He recounts the shepherd’s description of his own life and religious devotion with quiet respect, not trying to exhaust the moment. Gibbons seems appropriately in awe as the sheepherder says, “more important than / the sun are the footsteps of Our Lord. I have seen it myself, shown / in a film, that He rode a donkey through the town of Pedreguer, / only a few hours from here by foot.” Perhaps a full-length manuscript could fill in the gaps and create something more meaningful, but, as it stands, Gibbons’s talents are not fully served by this chapbook.

Rick Bursky places a selection from a series of poems, The Myth of Photography, early in his new book. Each poem deals in some way with the photograph. Unfortunately, the series comes across as a group of historical anecdotes mingled with a few personal experiences lacking any emotional pull. Provocative lines like “Photographs think people are cowards / the way they enter then exit a room / only to rearrange the emptiness” are few and far between. More often, Bursky’s attempts to be profound fall short of their marks, as in “If photography wasn’t discovered / it would have invented itself.” However, his anecdotes contain a certain charm: 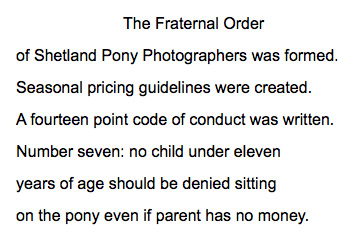 The few poems in the book outside of this series are constructed along the lines of parables. They place undue emphasis on cryptic last lines. If you can glean meaning from a line like “It won’t last forever, not even the owls / that spend their nights laughing at us,” then this might be the poetry for you. These brief narratives often contain a degree of profundity, but a lack of continuity leaves the reader dissatisfied. The poems are interesting, often quite good technically, but too impersonal and therefore difficult for the reader to penetrate. Short narratives can be compelling, but most of these story-poems are so incomplete that their meanings remain elusive. “The Book of My Mistakes” begins: 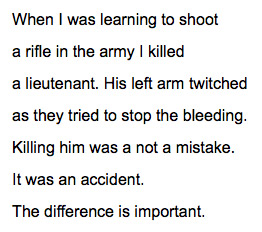 The reader knows from previous poems that Bursky served in the military. Is this poem part of a true story? Does it matter? Unable to definitively read the ambiguous tone of the speaker, the reader is blocked from the poem’s meaning. Most of the poems in this book suffer from the poet’s unwillingness to be direct, either out of insecurity or a decision to be aesthetically oblique.

If there were an award given for best titles, Ian Randall Wilson would definitely be in the running. Who wouldn’t want to read a poem called “Sheep Week” or “Learning from Lumpiness?” Poets who have the gift of great titles are also excellent at penning one-liners, like Wilson’s “the brothels of poetry are / manned by crippled pimps”. However, they also display a marked inability to construct larger units of meaning, as one finds when Wilson, in Decay of Probability, follows the “crippled pimp” line with “Hot doggy, I always / wanted to say that / or something like it.” Like a comedian who laughs too hard at his own jokes, Wilson self-consciously basks in his own cleverness. The poet’s attempt at an authentic voice often dissolves into a rambling tone and lack of punctuation that is intended to mimic the mind’s associative chatter, an effect that has been overused in recent years. From Museum of Stammers:

Much the same goes for his overuse of repetition. These techniques are derivative of the New York School poets. If he would stop trying to be so cute, placing incongruous words together just to get the reader’s attention (again from Museum of Stammers: “I dress in a meat locker, / toast the chain-link fence. / I sleep in a bird cage, / touch myself like a squirrel expired, / like a stackable washer drier), Wilson might just stumble onto something beautiful in its simplicity, as he occasionally does in this book. Lines like “you scratch and I think about you / scratching therefore I scratch / and in this way we are not alone” eloquently capture a portion of the human condition. The reader identifies with this feeling and places a certain amount of trust in the poet. Most people read poetry to feel such a connection with another person, not for a quick chuckle.

All of these poets are talented. They all have the skills necessary to use language impressively, to make the reader feel something. They deserve to be commended for their commitment to poetry and their willingness, to some extent at least, to appear vulnerable before an unknown audience. However, being a writer always involves taking serious risks and a devotion to honest expression. It involves offering something genuine and not easily imparted. In each of these chapbooks, the poet is holding something back that occasionally glitters at the surface, but ultimately disappears.

Lisa Butts reviews poetry for Publisher's Weekly and Pleiades. She lives in Brooklyn and is a graduate student at Sarah-Lawrence College.
View all posts by Lisa Butts →
Bookmark the permalink.