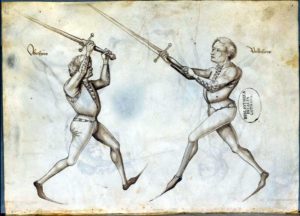 Without addressing the substance of this review, it does seem problematic to me that it is written by a poet whose most recent book was given a hugely unfavorable review in the journal edited by Christian Wiman. Whatever you might want to say about her claims and criticisms, Jean Houlihan can hardly be regarded as impartial on this subject. The supposed objectivity of her critique is completely negated by her personal investment in rejecting Wiman’s poetry and poetic standards. Would she have written the same review if her book had been praised in Wiman’s journal? Probably not. The mystery is not why this review was written, but why it was published. Who wouldn’t want to slam the work of an editor who has publicly dismissed their work, in “the country’s most important poetry journal”? I know that under the same impetus I’d like to say a few nasty things about Wiman and his journal, and I have no doubt that there are no shortage of writers who would like to say the same things about me and my journal–but professionalism, a sense of how journals work, and the vital necessity of editorial subjectivity (Wiman was put in charge of Poetry not because he’s “impartial,” but because he stands for something the board of the journal consider important) make such statements self-evidently childish. This journal needs to give some serious thought to the necessity of at least gesturing towards impartiality in the assigning of reviews.

Mr. Feld, in the matter of a possible tit-for-tat review of Wiman’s book, I take your point even though Wiman is one (or more) “tats” removed since he himself did not review my book, only published, in your words, a “hugely unfavorable” review of my book.  It could be argued that perhaps I shouldn’t have chosen to review his book because of the mere appearance of partiality (even though, a book review, being one person’s opinion, is anything but impartial). Yet consider: who, out of the thousands of poets who are desperate for publication in Poetry, would dare to review his book (that is, to review it honestly, if not impartially)? In that sense, who better to review it than someone who has had it both ways with Poetry: hugely favorable and hugely unfavorable?  A review that is completely impartial is one that is also completely useless. I think you are objecting not to partiality but to the kind of partiality. It may not be a hugely favorable review; however, I have tried to be thoughtful and it is well-considered.

Meanwhile, your complaint against CPR, that we should at least “gesture toward impartiality” is what you here extol in Poetry—a lack of impartiality in editorial decision-making! So, which is it?  Impartiality or “the vital necessity of editorial subjectivity?” I happen to agree with the idea of a vital editorial subjectivity, and that a journal should have a discernible viewpoint—it should “stand for something.”  But who can discern the editorial viewpoint of Poetry? It seems to be, to put it kindly, eclectic. To put it less kindly, a grab bag. Meanwhile, it is CPR that has a discernible editorial stance, one that values intelligence, integrity, outspokenness, and a dislike of favor-trading—and that’s exactly why I edit and write for it.