The Lighter Side: How to Prepare for AWP

I have attended dozens of poetry readings. Virtually all of them were identical:

• The introductions made me think I was about to witness the second coming of John Donne.

• All of the “poems” were preceded by tedious, unhelpful explanations. Typically, these involved the author’s state of intoxication when they wrote this stuff or the unknown friend or relative who served as the inspiration or subject. Like we care.

• As I recall, there was only one elegy, that being for a poet.

• Indeed, the only people mentioned, living or dead, were either poets (often portrayed reverently) or leaders (almost invariably shown in a negative, political light).

• What little humor was in evidence usually amounted to that desiccated, self-conscious, congratulatory intertext. “Oh, did you see how I alluded to ‘The Waste Land’ here?”

• Every word was intoned in a voice typically reserved for hungover, agnostic Sunday School teachers.

• When tested, only 3% of the attendees–including presenters, their students and professors–exhibited even rudimentary scansion skills.

• Not surprisingly, all of the “poems” exhibited profound arrhythmia. What few attempts at meter there were amounted to light doggerel. Only some of the humor was intended. There were no examples of free verse (which, as the word “verse” implies, is rhythmic). Only a few offerings had anywhere near the number of repetitions needed to qualify as prose poetry (which, as the word “prose” implies, is arrhythmic). By any objective definition, more than 90% of the “poems” were prose.

• Given their soporific effect, it isn’t clear whether these profound[ly boring] prose pieces were intended as meditations or medications.

• All of the readings were to promote a book, none of which sold enough copies to pay for cab fare. It wasn’t evident why these tomes were published but, in light of the return and the obvious lack of interest in craft, it’s safe to say that economics and aesthetics were not factors.

• With a lifetime to prepare not one of the “poets” could be bothered to commit a single poem of their own to memory. How are we supposed to take their words seriously when they don’t? Do people watch plays and movies where performers read from scripts?

• It was immediately apparent that none of the readers had ever received an honest appraisal of their work.

• Most readings were followed by an open mic for those who’d patiently listened to and politely applauded the reader. About half of these readers stayed to return the favor.

• Among few other mercies, all venues served alcohol.

• Thankfully, all organizers observed the Joan Houlihan Rule: “Any poetry reading longer than 20 minutes is a hostage situation.”

As a result of many hours of observation at poetry readings, I have compiled the following tips for poets who aspire to read their work aloud, just in time for this year’s AWP:

1. Never recite your work; rather, read it to them from a copy held well below your sight level so that you rarely look up, into the eyes of those you’re rendering comatose.

2. Always bear in mind that the purpose of humor is to be clever, not funny. This is why you must field test your work; if more than 2% of the population gets your jokes you will need to do a rewrite

4. Lest you be accused of pandering through common denominators, avoid drama, comedy, elegy, romance or anything else of interest to humans. In fact, do not write about anything or anyone other than yourself. After all, you certainly don’t want to contain your multitudes.

5. The best way to make everyone present look foolish, starting with you, is to present literary parodies at slams. “Frost,” said one habitué “is something found on beer mugs.”

6. Avoid modulating your voice. That might wake people up, which would be cruel. Be kind to those whose performances were even duller than yours. If such people exist they’re the only ones making you look good.

7. Read in the same monotone as everyone else so that you don’t stand out.

8. Be sure to laugh at random points in an honored guest’s reading so that others will think you’ve caught something they’ve missed.

9. Above all, your poem must be prefaced by as much of your life story as you can cram in, told in minute, intimate detail.

10. By ignoring all advice aimed at improving your performance, you make the point that you are a “serious contemporary poet”, all of whom are above such considerations. 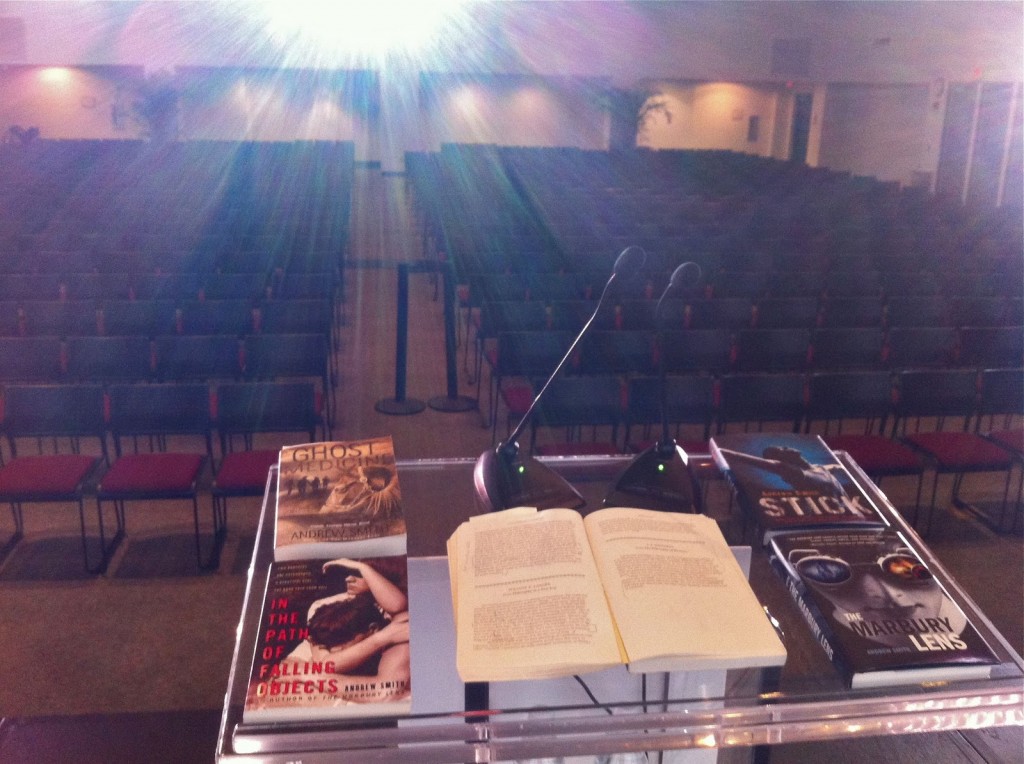